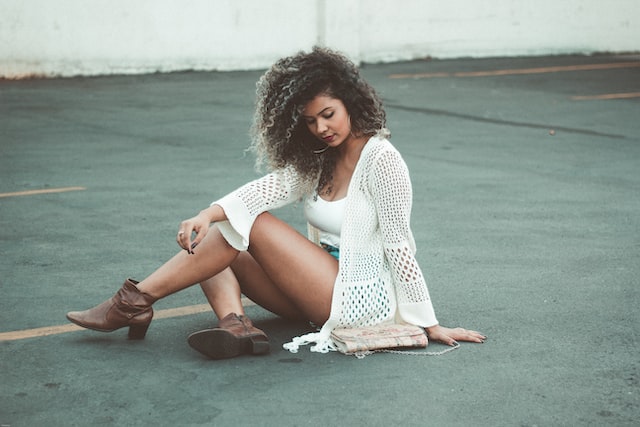 A women suffered hypopigmentated marks on her legs after she was burned by an unlicensed tech during laser hair removal at a dermatology clinic.
Cosmetic ProcedureLaser Hair Removal
Time Frame25 Months
LawyerLouiza Tarassova

A woman in her 30’s went to a well-advertised dermatology clinic in Winter Park, Florida for laser hair removal where she was burned by an unlicensed tech. The person that performed the laser hair removal procedure was not licensed and not trained to use the laser device. The physician was not present during the procedure which injured our client. Furthermore, after our client complained of her injuries, the physician never once offered to see her.

Our client sustained burns on her legs and abdomen which she started to feel almost immediately after the laser hair removal procedure. Her legs felt like “they were on fire.” She reported the injury immediately to the dermatology clinic. She even returned to show her legs to the tech that did the procedure. Over the next several weeks the laser burns turned into scabs. After the scabs came off, she had hypopigmented marks which were lighter in color than her natural skin tone all over her legs. The hypopigmentation lasted for at least two years and the marks were still there at the time the case was resolved.

Louiza Tarassova, an attorney who specializes in cosmetic procedure injury law, went through great effort to obtain our client a just recovery for her injuries. She initiated a medical malpractice presuit claim and investigation. Unfortunately, the defendants denied the claim and insisted on litigation. The defendants (the dermatology clinic and the unlicensed tech) denied that they did anything wrong and stated that burns were a known side effect of the procedure. Attorney Louiza Tarassova filed a lawsuit against the defendants. The defendants attempted to dismiss the lawsuit and when the court did not grant their motion to dismiss, the defendants appealed the order. Ms. Tarassova responded to the appeal and won in the Fifth District Court of Appeals. The case in the lower court resumed and discovery ensued. During discovery, Ms. Tarassova found evidence that not only was the tech who performed the procedure not licensed to practice electrolysis and laser hair removal but that she did not complete formal training on how to use the laser hair removal device. Ms. Tarassova hired an expert who opined that the defendants were negligent in many ways. She also took several depositions in the case. Ultimately, the defendants decided to settle the case a few months before trial.

The biggest challenge in this cosmetic procedure malpractice case was that the defendants used various tactics to delay the case. However, the delays ultimately worked against the defendants because in that time the injury proved to be permanent. The plaintiff conducted two presuit investigations (at the insistence of the defense), waited a long time for court various hearings because of a backed-up court calendar, and even had to respond to an appeal.

Despite the challenges, our client ended up receiving a sizable recovery. Even though no amount of money can undo the harm caused to her by the careless conduct of the defendants, she can move forward knowing that the defendants were held accountable for their conduct.

From the day our client retained our firm it took 25 months to resolve this laser hair removal malpractice case.

In this case, the defendants had very little, if no, defenses to their unlawful and negligent conduct but they put up a protracted fight. For two years the defendants acted as if they were willing to risk everything at trial. But once again, we learned that patience is key and that persistence pays off.